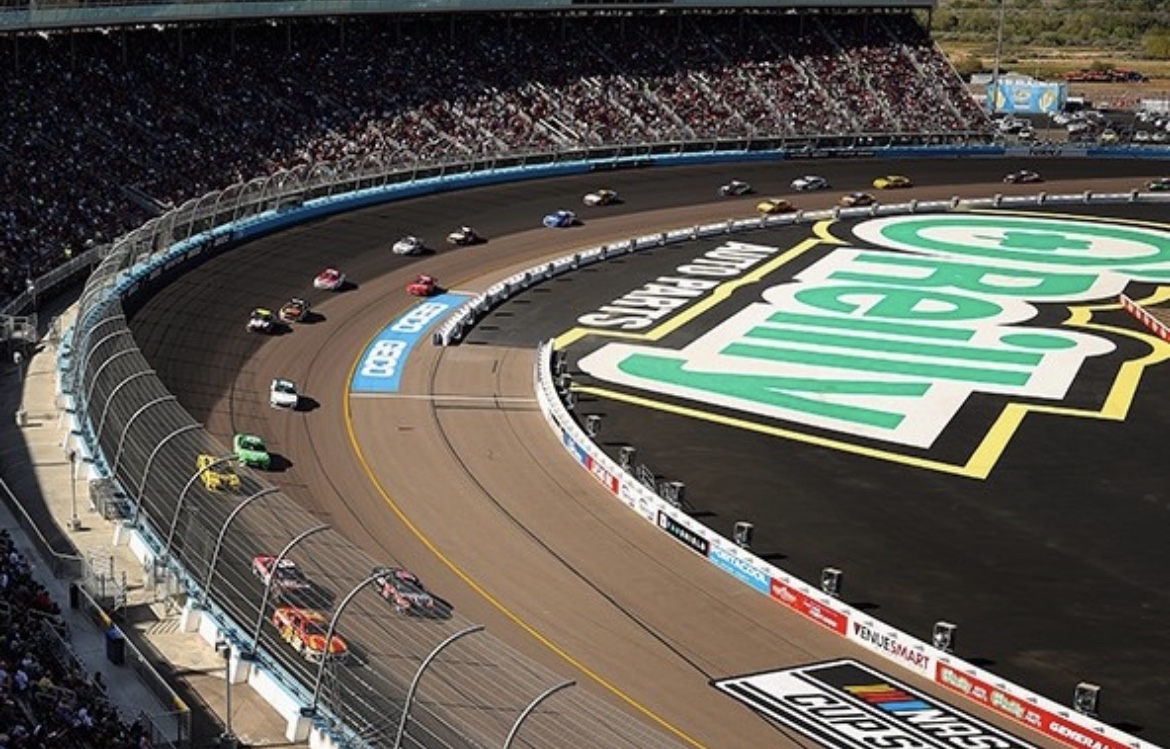 Welcome to my breakdown of today’s Cup Series race from Phoenix International Speedway. Phoenix is a stop on the circuit that you can bet every team has circled on the calendar. This is the track the championship is decided on so teams have likely put a ton of focus into being good here. A win here today makes you an instant contender for the championship and would be a big confidence boost for any team. We’ve seen some great racing so far this season with this new car and I’m excited to see how it races on a shorter, flatter track like Phoenix. Would also be nice if I can break out of this terrible funk to start the season. Gotta be due right?

This is the first time the series races on a flat track in 2022. Flat tracks are a completely different animal than what we have seen so far this season. The lower banking, like at Phoenix, requires much lower cornering speed than at the higher banked 1.5 mile tracks. This takes a different skill set with off throttle time, braking, and even some shifting at times. So really, it’s kinda like week 1 all over again with this new car, as the prior two weeks is not gonna be very helpful when preparing for today. When preparing for today, I’m looking for who has been good at Phoenix recently, and really who’s been good on flat tracks in general over the last few years. That combined with practice speeds is how I will be making my decisions.

Today’s race is scheduled for 312 laps, which is about 218 Dom points on the slate. This is the most Dom points we’ve seen on a slate so far this season, and will be the most until we reach Richmond in a few weeks. It goes without saying that we want to get as many of those Dom points as possible today. In the last 6 races here we have seen 20 drivers score 20+ Dom points, a little more than 3 per race. Let’s see what those Dom performances looked like.

You can see the type of massive scores that can be put up here as 4 times in the last 6 races we’ve had drivers score north of 100 DK points. What should also stand out is where these points are scored from. Track position is everything here and you can see that reflected in these scores. The furthest back any of these doms started was 14th, and only 4 out of the 20 doms started 9th or worse. Even more amazing is when you look at the front row. Both the pole sitter and the second place position each had 5 Dom performances over 20 points. That means only twice in the last 6 Phoenix races did someone starting on the front row not score at least 20 Dom points.

So who is one the front row today? Ryan Blaney and Denny Hamlin. Both of these guys are great dom plays today. You could even play them both together if you’d like. I know it sounds crazy, but as @hahnyolo on Twitter pointed out yesterday, both drivers in the front row have been optimal together in 3 out of the last 6 Phoenix races. Blaney starts on the pole and had a very fast car in practice as well. He led 94 laps here from the pole in 2019. Hamlin has scored 15+ Dom points in 3 straight races here and crushed the fall race in 2019. He wasn’t good in practice, but no one in JGR was and then a couple of them went and qualified great. They did this last week too and ran well, so I’m not worried about them.

After Those two I think the next logical choice for Dom points is Kyle Larson. He returns to the track he was crowned the championship last year on while putting up a 40 Dom point performance. Look, you don’t need me to tell you to play Kyle Larson, he’s pretty fucking good.

So far this season we have seen some big dominator performances out of mid range priced drivers, and I think we have an opportunity to see someone in that range surprise us again today. Christopher Bell is one of those guys today. The shorter, flat tracks are right in Bell’s wheel house and that’s reflected by his driver rating of 82.11 on the flat tracks in his young career. He also has a win here in Xfinity and a pair of top 10’s here in Cup last year. He rolls off the grid with that precious track position in 4th today.

Austin Cindric starting 8th for $7700 also brings some dominator potential. He has been impressive in his young rookie campaign already and he was really fast in practice. Cindric knows how to get around here as he had 2 wins and 5 Top 5’s in 8 Xfinity starts, and these cars driver more like the Xfinity cars this year. Team Penske is always very strong on the short flat tracks as well, so don’t be surprised to see Cindric up running with the leaders.

Now the slate does also offer us some PD plays as well. Martin Truex is the one that stands out the most for me. He starts 20th and is only $9800, a whole $900 cheaper than a very similar play in Chase Elliott. Truex scored almost 40 Dom points in both races here last year and has the best driver rating on short flat tracks over the last 3 years. Not only is he a PD play, but we could also see him competing for Dom points as the race progresses. Really the same arguments could be made for Chase Elliott as well starting 19th. I prefer the salary savings that Truex offers.

Harvick is another PD play that comes at even more of a discount than Truex. Harvick’s career numbers at Phoenix are incredible and he should be in line for another solid day today. In a down year last year where we seldom saw Harvick scoring Dom points, he still managed to score 13 here in the fall. He might not have the upside of Truex, but he’s likely gonna be lower owned.

Below is my Cheatsheet for todays race at Phoenix. I have included data from yesterdays practice session as well as data from the last 6 Phoenix races. The driver rating in the cheat sheet is an average rating from every race on a flat tracks in the last 3 years. Finally, drivers in green are drivers I like today.

Stenhouse lost a motor in practice yesterday so he didn’t get to qualify. He starts dead last making him a great play. Top 20 is well in range with the speeds he ran in practices A 20th place finish would return a value of 5.5x. He is likely gonna be mega chalk so if your looking to pivot I’d look to Dinger in the #16 Kaulig car today.

My favorite value play on the slate is Harrison Burton. He showed solid speed in practice turning the 12th best lap with the 10th best 10 lap average. We love Penske today so we should love their satellite team in the Wood Bros. Burton also has a little momentum coming off a solid run last week. Another value option is Todd Gilliland. He is way too cheap at $4900 starting 33rd. $4900 for a guy that has finished 23rd and 20th the last two weeks. He wasn’t great in practice but same could of been said the last two weeks. His teammate McDowell showed decent speed so you’d have to figure they know what adjustments to make.

Thanks for all your support and I look forward to sharing my thoughts and content for FREE all season long! Tip links are below if you ever feel so obliged. Thank You!